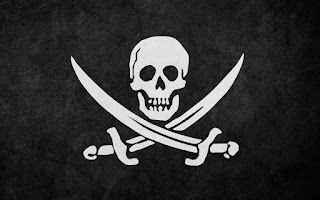 This is a reprise from my original article written about fifteen years ago.  It is still on my ancient web page, but you need an ancient browser to view it.  I thought it best to bring the original story here, and a little added goodie.  Before we begin, I might add that this is actually a post I made to the Glowbugs Group, probably around 2000.  It is a straight narrative.  This was later copied to a section of my old radio website called "Radio Rescuers", stories of  rescuing and reclaiming radios from eternal demise.  I bring it again, here.

From the Radio Rescuers Journal, entry #3.

This is not so much a tale of radio reclamation from the electron abyss as much as an episode in my past. sort of a midnight confession.  The following is transcribed directly from my post to the Glowbugs List. The topic was Novice Memories and as usual, we deviated into other radio memories. This is when i told the story of WLRE, AM940 (sort of) . . .

"Talking about the novice memories brought to mind another facet of my chequered radio past: Piracy.
Well, not big time. When we moved back to Fla, we lived for about 2 years in an apartment snugged into a housing area, one of the largest in Winter Park at the time. Some of you old time Winter Parkers might remember 4-Seasons, not too far from Rollins College.  Also not far away was my school, Winter Park High. And the Orlando Navy Training Center. Also not far was our shopping center which contained our local hang-out, Crusty's Pizza. And Dunkin Donuts, where the cops gathered.

I lived in a 2 story building which had a roof area that was nearly an acre, ringed by a rain-gutter. Each corner of the building had a down spout. My bedroom window was a scant 2 feet from one of these downspouts.  Needless to say, any which way you looked, you scanned literally hundreds of residences in only a 2-mile square on the east end of Winter Park.
The most popular rock station was WLOF, 950 AM, which had the ear of all the teens in central Florida. There were some FM wannabees, but during the summer of '71 Winter Park was still an AM Radio town. We still had Soda Shoppes, Pizza "parlors" and drive in restaurants where you could flirt with the waitresses . . . and they flirted back.

We had a Lafayette store downtown on Mills and Montana, and it was run by a guy named "Lafayette Dan". ( when he answered the phone he would say ' Lafayette . . . . Dan', hence his nick-name.) Well, Lafayette Dan sold me one of his Wireless Phono Oscillators and gave me the tip . . . no, the concept . . . of increasing the range by coupling the antenna to a large metal gutter. I took it home, hooked it up to that downspout, phoned Mary, my girlfriend- at-the-time, asking her to tune 940 kc on the dial. I figured i might be noticed if i was pretty close to WLOF.

She called me back and reported clear reception. WLRE AM 940 ( or so ) was born. The 'LRE' was for what was stamped on the chassis of the oscillator. "Lafayette Radio Electronics". It had 2 tubes, a rectifier and a 50C5. It was slug-tuned for frequency control, and came pre-set to 1650 kc. Cost: $ 15.00, no small chunk of change. It had 3 feet of wire for an antenna, and i soldered a coax at the final tank and alligator clipped the other end to a part of that downspout which i scraped clean of paint with a knife. It took a high impedance input directly from the phonograph cartridge, but if you cranked the volume enough, you could work a low impedance output from a reel to reel into it with a decent noise factor. Sorta.

Well sir, i took my old Tannberg reel to reel which i was using as a guitar amp, borrowed some of Mary's fantabulous album collection, airing everything from CCR to Cat Stevens and Harry Nilson.I produced an hour of programming obviously patterned after the Bill Dennis show on WLOF. I gave the Time, my version of the Weather, a'la George Carlin's "Hippy-Dippy Weatherman with the Hippy Dippy weather . . . . . man", various snippets of David Frye's "Richard Nixon, Superstar", some pretty daring Alice Cooper, plus various and sundry editorials against the Orange County School Board's dress code. I had a large pool-side listener-ship by the youth-age pool, 100 yards from the "studio".

Took my old Patrolman Pro on the bike and did a range-check. I could hear myself for just about a half mile either direction. A one mile station! A CB buddy of mine who lived over by the High School could hear me late evenings, he lived about a mile from me. Not bad for 100 mW and a gutter.

A significant injection of activity occurred in my social life. A lot had to do with Mary talking up the station with the gals. A lot had to do with my friendship with the local "Arthur Fonzerelli" type that was the ace pizza flipper at Crusty's, Jeff.
Jeff was cool.
Jeff was from Chicago.
Jeff had a Honda 350.
Jeff was 19 years old and was a Junior.
He could kick the Juke and make it play "Theme from Shaft", No. 255.
He wore a tee-shirt under a leather Ike jacket.
His helmet matched the paint of his Honda.
Jeff tuned me in on the shop radio, and i would take requests, if i could. The juke-box did the rest. I was close enough, and the population density was dense enough to effect the local Pizza business. At least, Jeff thought so.  All i had do was mention that Jeff was flippin' on a given friday night, and the place was crowded---- mostly with gals. Well, it sure seemed that way, anyway . . .  yeah, Jeff really liked WLRE. Mary, on the other hand was wondering if it was such a good thing, after all.

Mary had little to worry.

One was the High School FM Radio Club, members of which had been noting my activity over the summer, and in the fall gave me fair notice they had every intention of reporting me to the FCC for Part 15 violation. The REAL story was, i think, that i had an audience after a fashion. Or so it seemed. They, with their 25 watt FM and 50 ft. Bow ties oriented to the boonies did not want the potential competition. And it particularly galled them that I, the goteed radio geek, could possibly have pulled this off.  Well, one need not have a huge range, just a strategic location. And a huge rain gutter.

That threat alone was not taken very seriously, but my dad came home one day to announce we had just bought a house . . . in Goldenrod. The Swamp! I was crushed. So was Mary. So was Crusty's.

It is a good memory, and like all memories, subject to embellishment. You'll just have to trust me.

Mary moved on, herself. Crusty's was bought out by Dinos. The Phono Oscillator was traded for another CB. Jeff went back to Chicago, the Winter Park High School FM Radio station fizzled out, and my radio endeavors took another direction . . . Amateur Radio.

It was a fun summer, though."

That's the end of the narrative.  It took a long time to find anything that I could post to show just what it was I was transmitting on.  The "Wireless Phono Oscillator" seemed to vanish, leaving no trace!  Nobody remembered it at the time of my original posting.  I do remember it being in the 1971 catalog, but nobody ever recalled buying or using... or even seeing one!  Then, just recently I found this video.

This, my friends, is the transmitter.  In the flesh.  I wish I had one now!

Can you just hear the crackling reception of 3DN's "Joy to the World" over your AM radio??  I know I sure can.

Thanks for walking down memory road with me.