Care and Feeding of the 811A 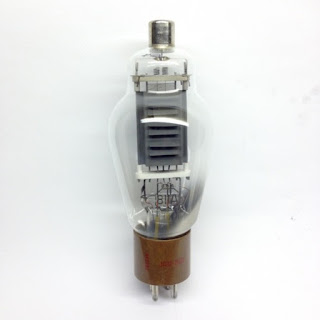 
The manual gives no guidance on the use of the 30L-1 on AM, and that leads some users to think that it isn’t suited. This article explores the 30L-1 using the model described at RF Power Amplifier Tube Performance Computer.

The 30L-1 is specified for 1000W peak DC input in SSB telephony. This imposes one constraint on its use for AM, the other constraint is anode dissipation.


If the PA is tuned and loaded for 1000W peak DC input in SSB telephony, one would expect an output of about 680W PEP.

If drive was reduce until carrier power (amplifier output) was just 70W, anode dissipation would be just under 260W, and PEP would reach 280W. This clearly does not exploit the 30L-1 very well.

Tuned / loaded for AM


Reloading the 30L-1 for a higher resonant load impedance at the anodes will allow operation at reduced power for AM (due to the dissipation constraint) at higher efficiency and within the dissipation limit.

The RF Power Amplifier Tube Performance Computer gives us a tool for exploring different operating conditions without risking damage to the valves.

If the PA is tuned / loaded for a little over 500W PEP (say 510W) with the least drive, the PI coupler is adjusted for the optimal resonant load for AM within the dissipation limit. AM drive is then adjusted for 122W carrier output, and modulation will take the signal to 488W PEP.

Output power is 74% higher than under the “Tuned / loaded for rated SSB telephony” heading above.


The above is a procedure to adjusting the 30-L1 for optimal AM telephony operation within the dissipation limits of four 811As. Under those conditions, it is capable of 490W PEP output, which is about 72% of the PEP capability in SSB telephony.