Part of the mission of this blog is to explore the commonality between Radio and Letterpress.  Specifically, Amateur Radio, and more often than not, vintage wireless and the graphics and print activities that surrounded it.

First, permit me to introduce to you, none other than: 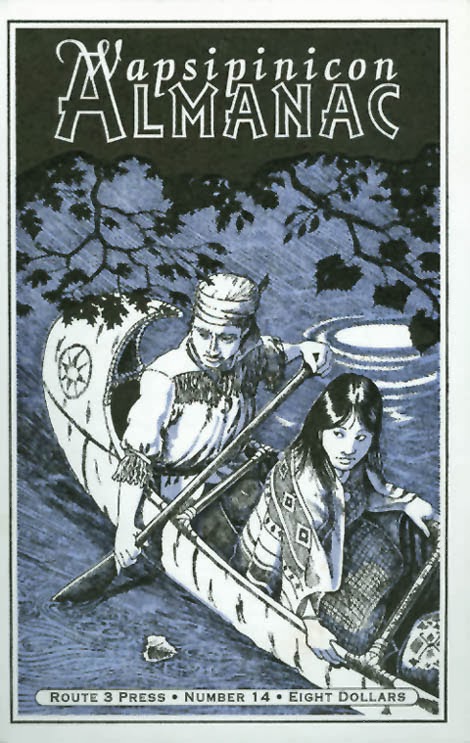 The "Wapsi".  Also known as the Wapsipinicon Almanac.  Printed by a fellow named Tom Fay.  You can read about this amazing magazine here. The short description of this publication is that it is printed out of Small Town Iowa, carried in Barnes & Nobles in that state.  It's a completely letterpress printed magazine, Linotype set, printed from hard metal formes on an ancient cylinder press, along the lines of a Kelly B or Little Giant press.  What's amazing to me is how such a magazine can even exist in this day and age.  The cost of production in sheer labour intensity is enormous.  Hence, one publication per year has been produced by Tom's operation, "Route Three Press" for over twenty years, now.

The cover art is amazing.  Now, I am not entirely sure if they still use the old process, but at one time they used traditional ply wood, hand cut, to print their covers.  This was pretty common back in the the later 19th century and first three decades of the 20th century.  Back in this era, each colour required its own separate wood 'block', which was cut in register with the other colours and the "key", or black colour wood block.  In the cover above, two colours are utilized, the blue and the black.  Each colour would have it's own hand carved block.  Another word for a printing surface is "die".

I really enjoy these covers from the Wapsipinicon Almanac, and largely because the covers, in the main, are hand wrought as they were in 1919.  Now, I cannot say that every magazine was printed using wood, some were "dot etched" copper dies, using a photographic method of exposure and acid etching.  But many did use plywood dies, one of which was Vogue.  Close scrutiny of Wireless Age magazine indicates that they used similar, at least up to 1919.  My understanding is that the Wapsi cover art is designed by local artists, and hand cut on premises, usually by the artists themselves.  The annual magazine enjoys the talents of a Linotype operator who has been in the business over sixty years.  I don't know the type of cylinder letterpress they use, but Tom calls it "ancient".  Tom runs it himself.

I thought I might, for educational purposes....which is the decided aim and function of this blog....share a few Wapsi Covers so you might get the feel of a genuine, hand wrought artisan publication. 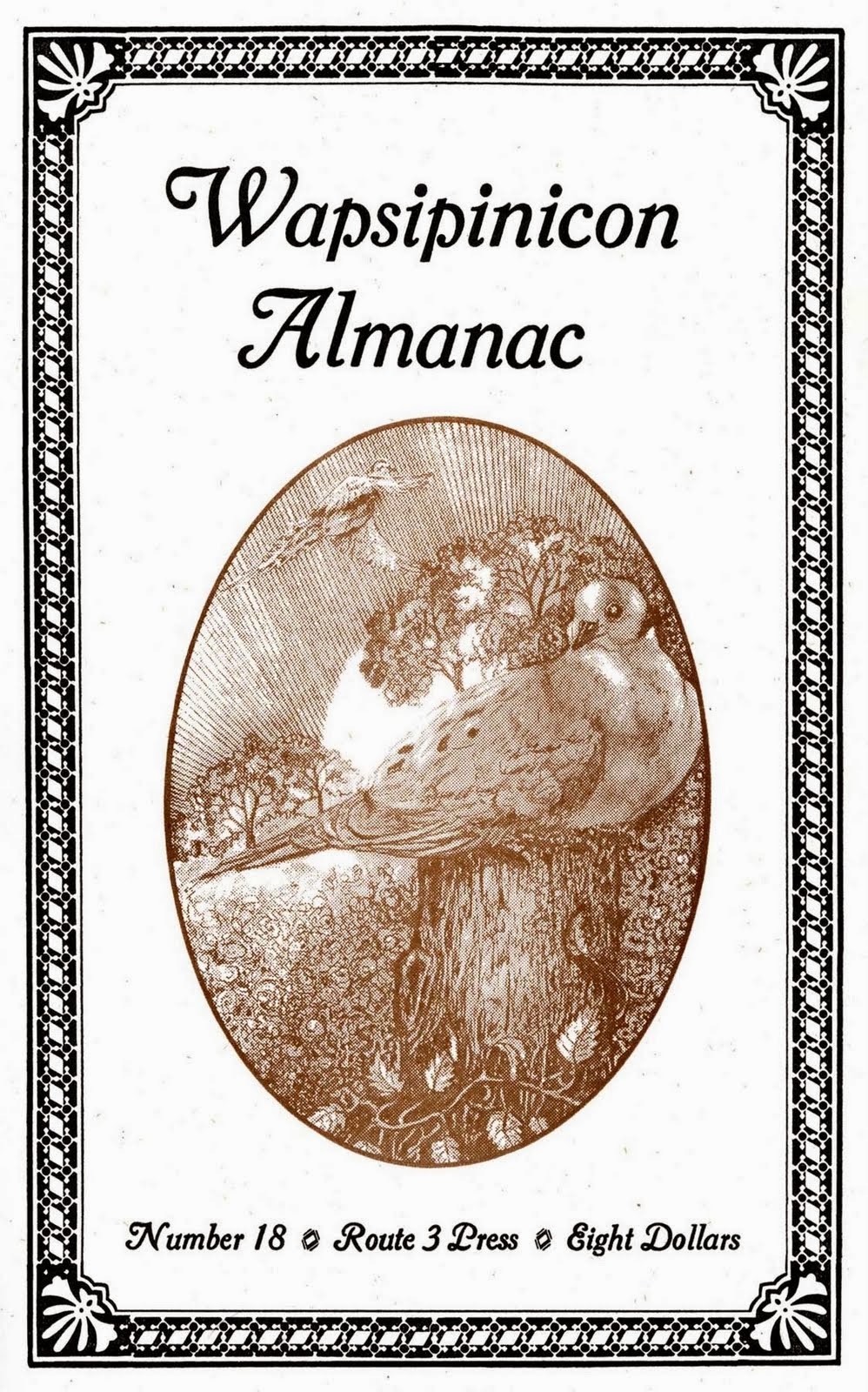 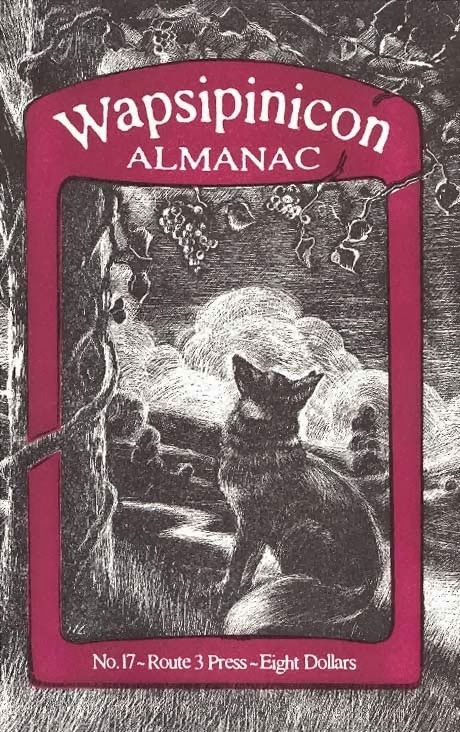 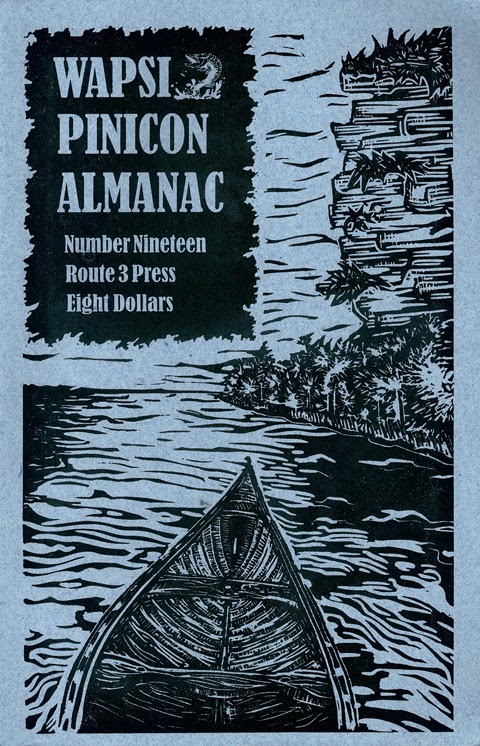 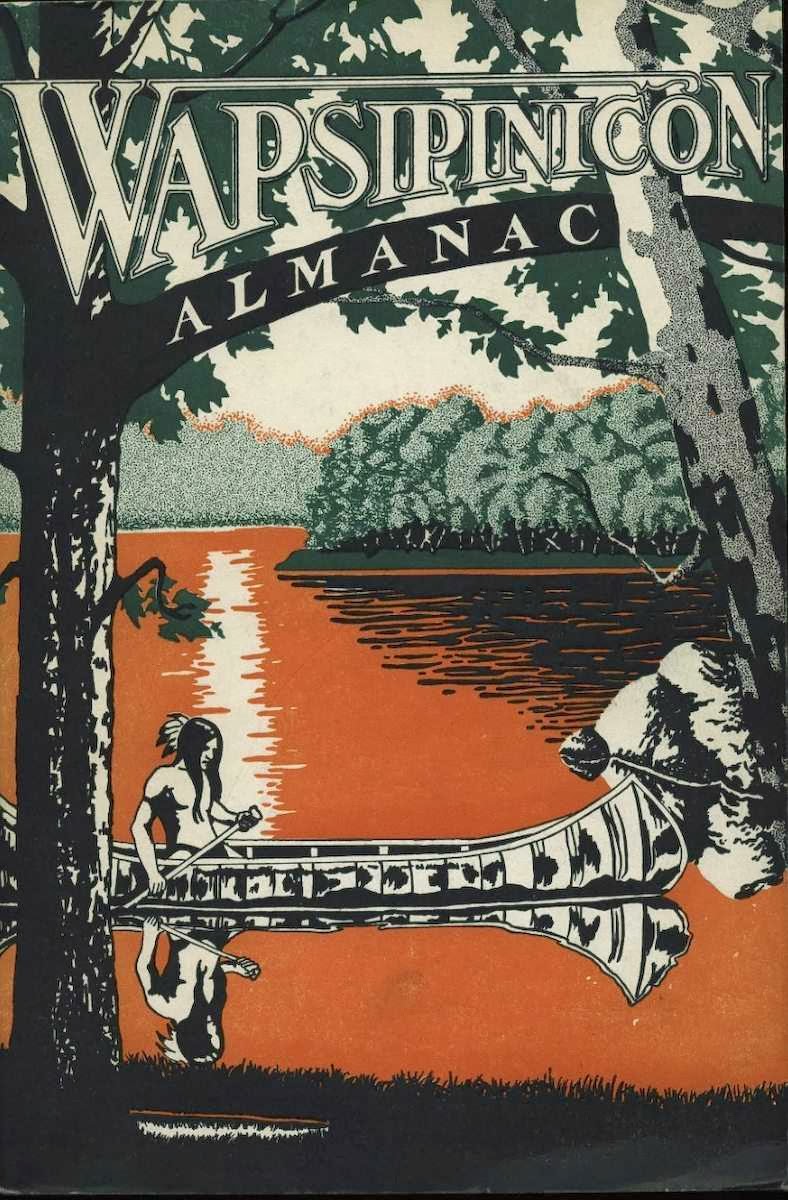 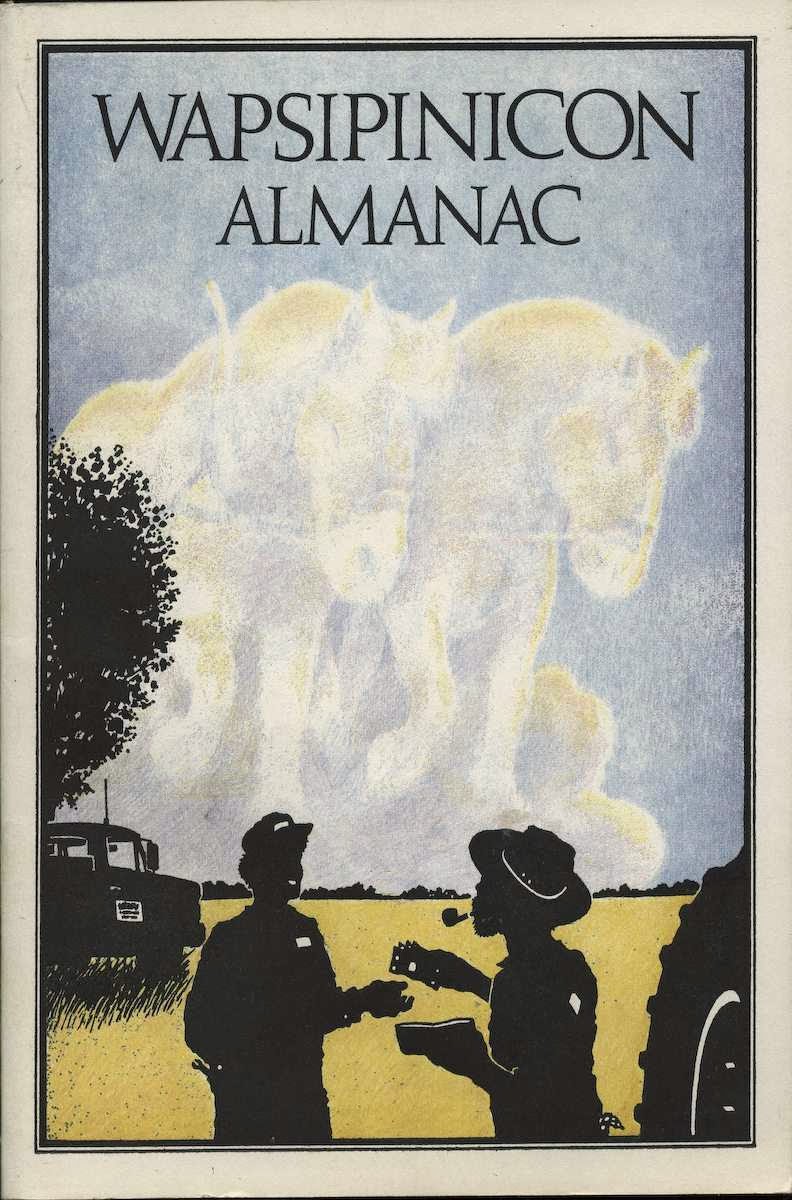 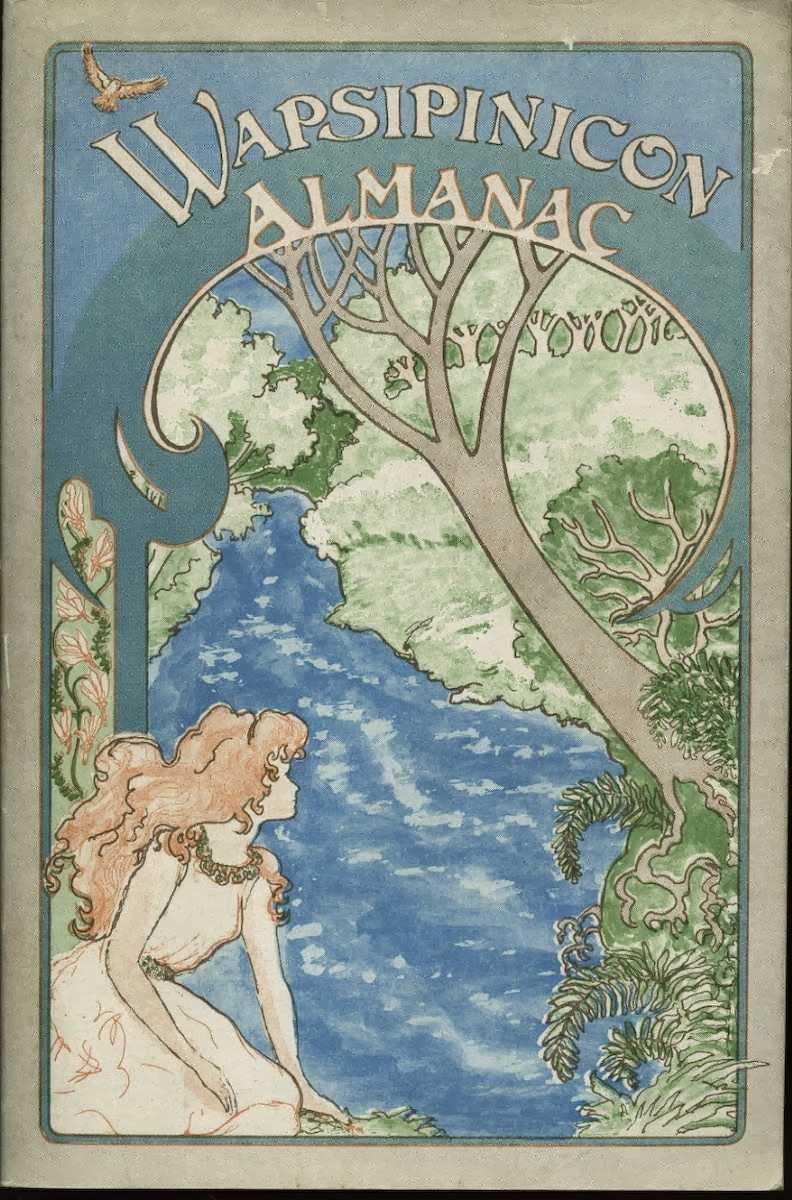 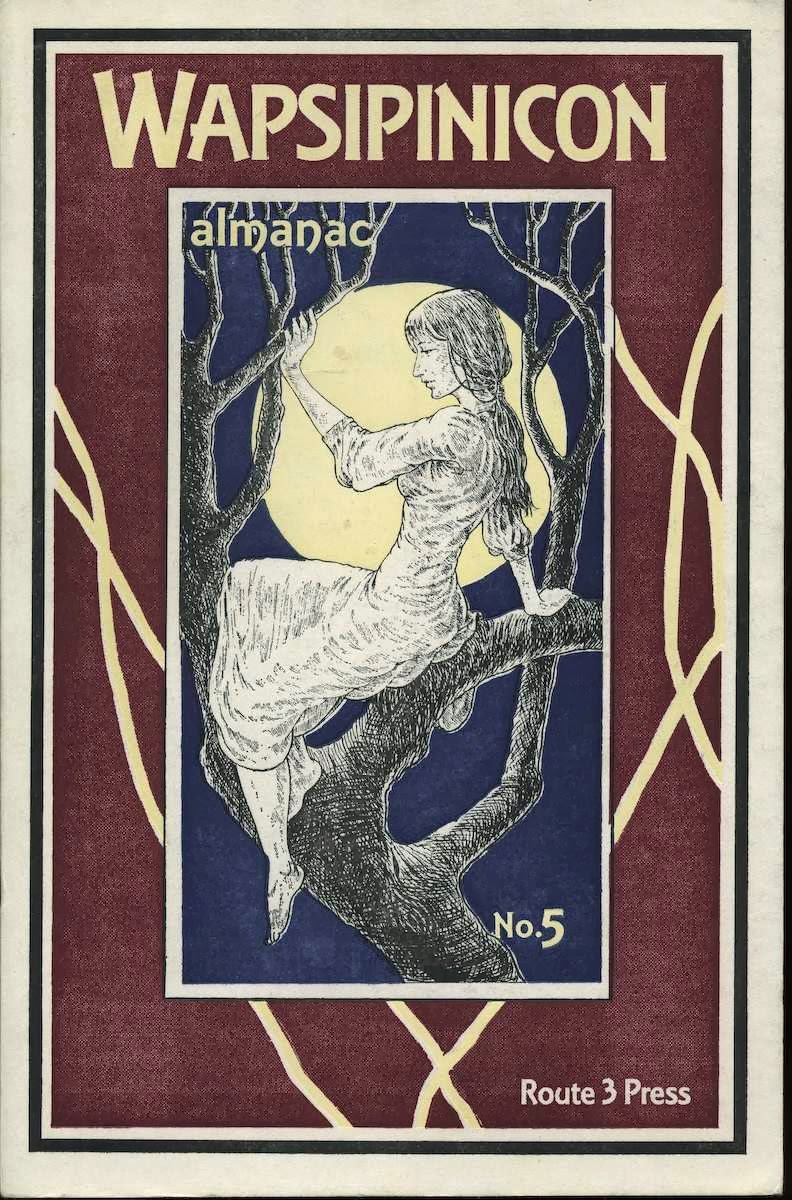 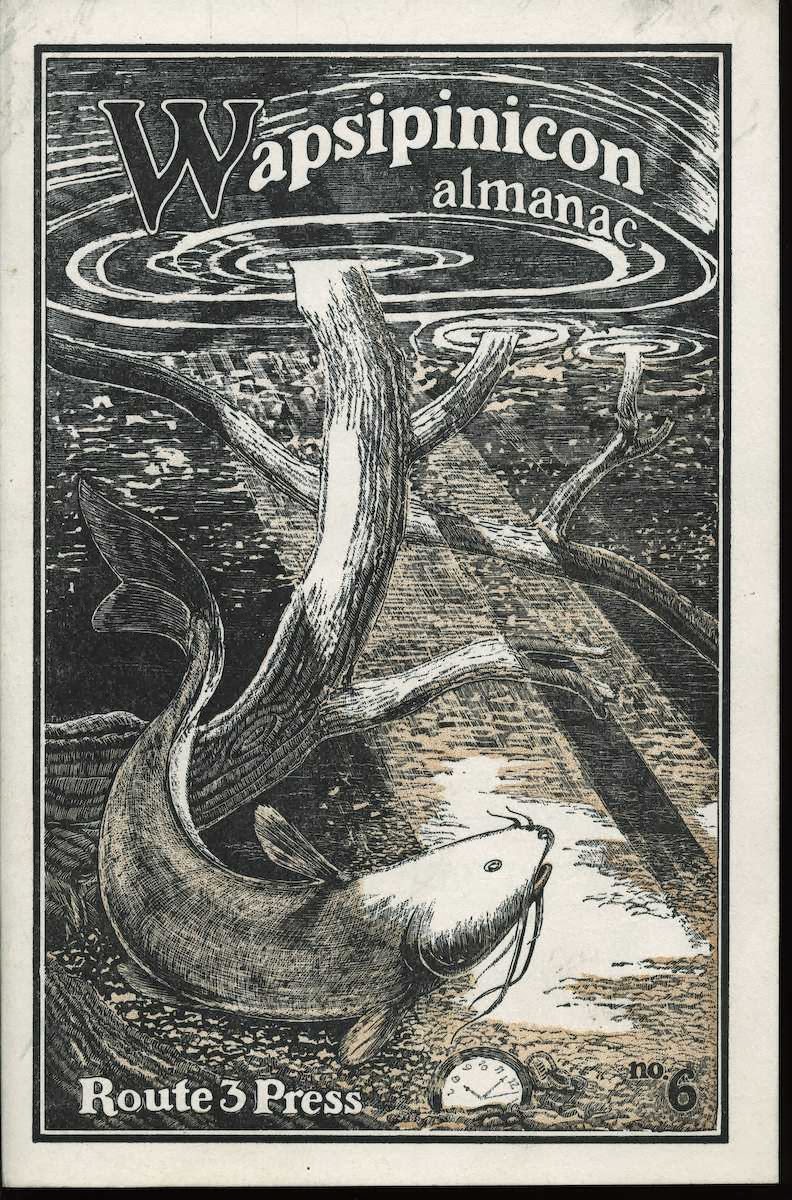 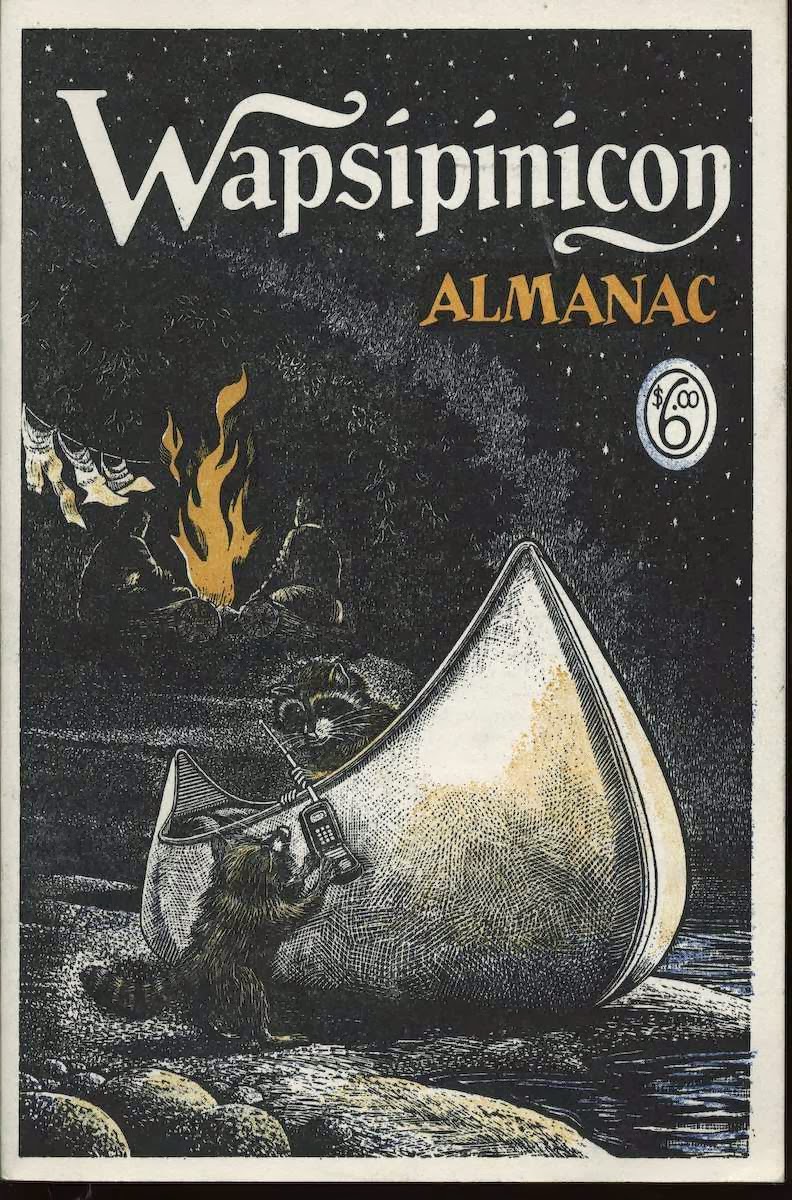 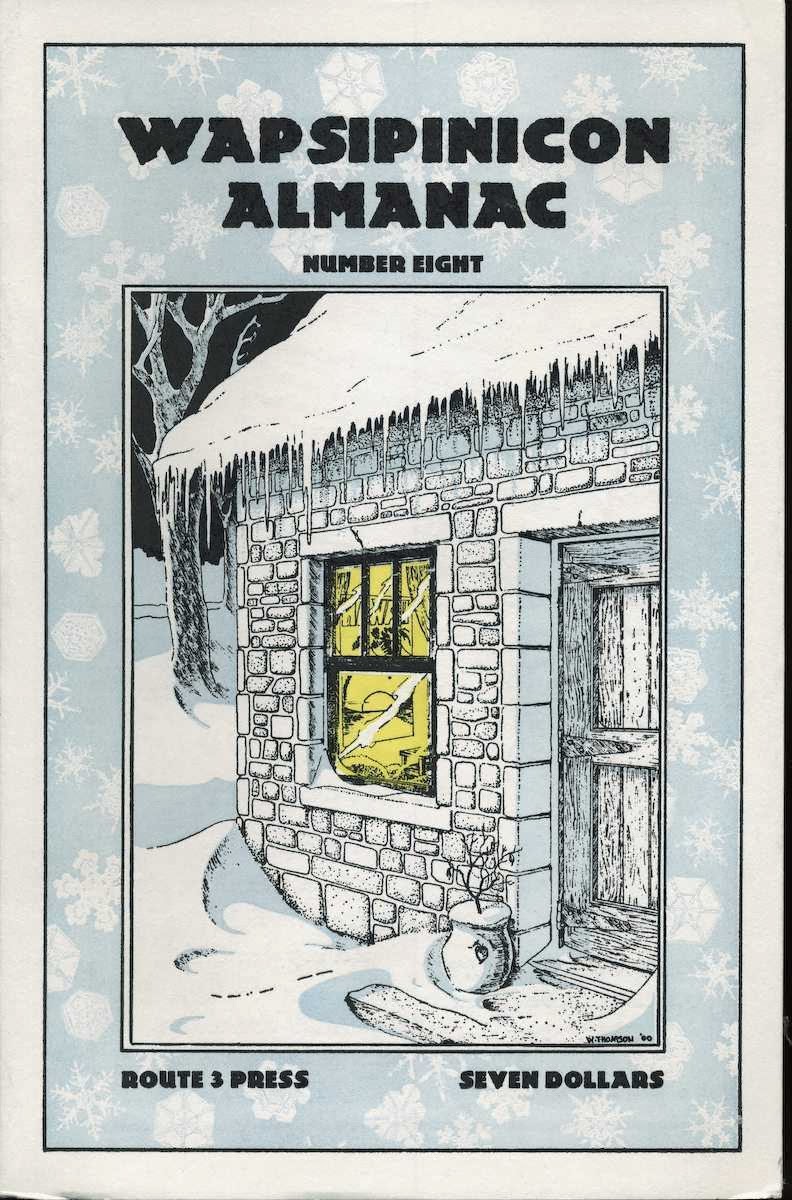 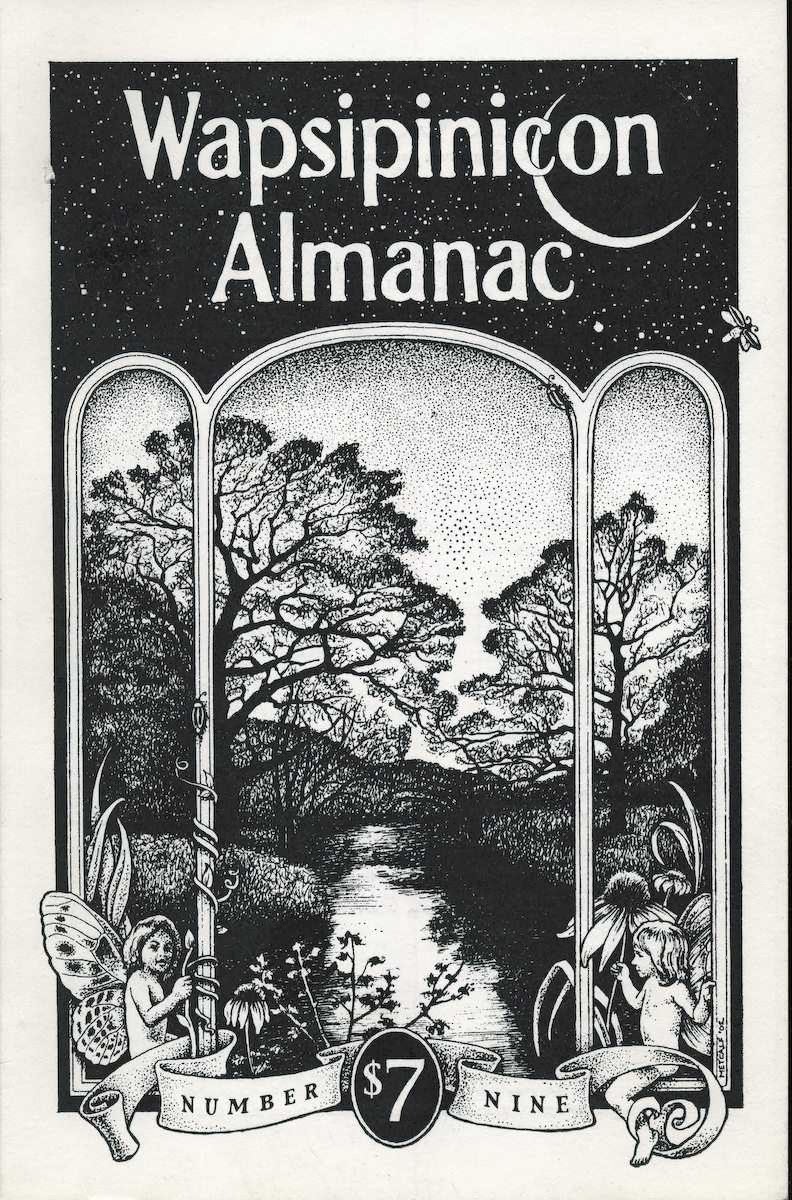 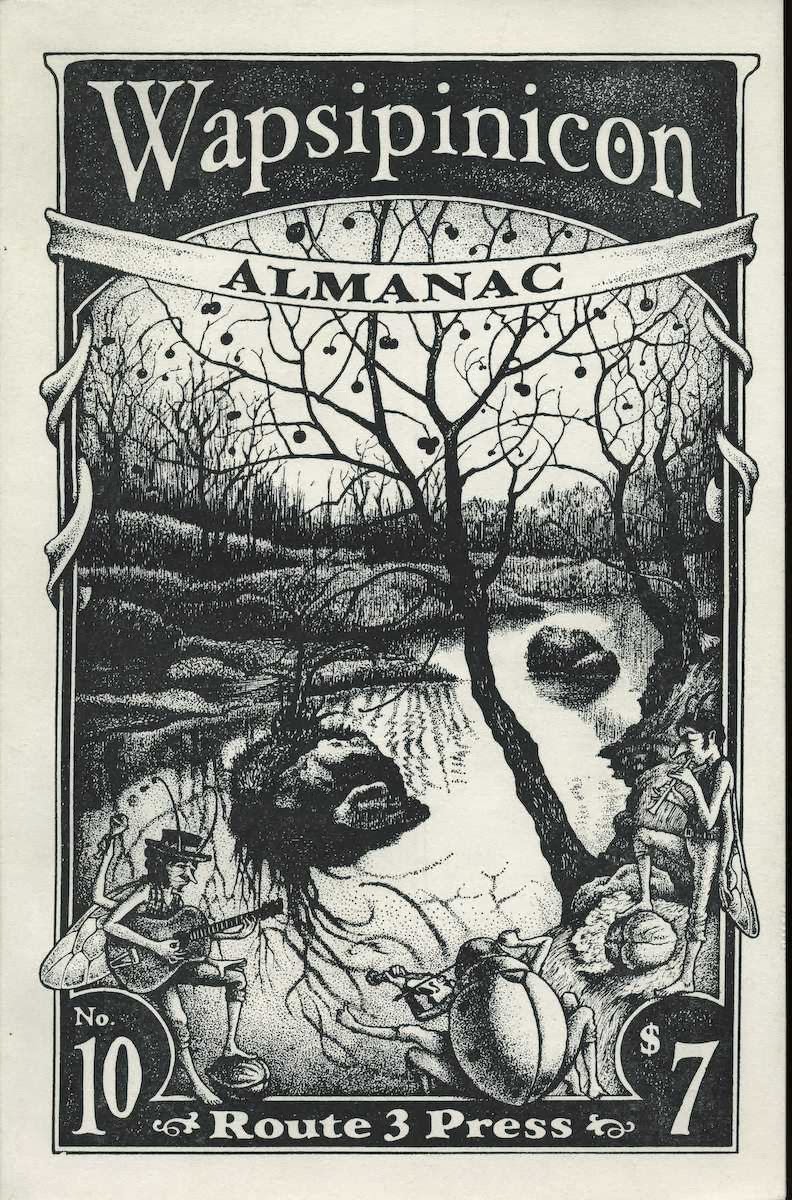 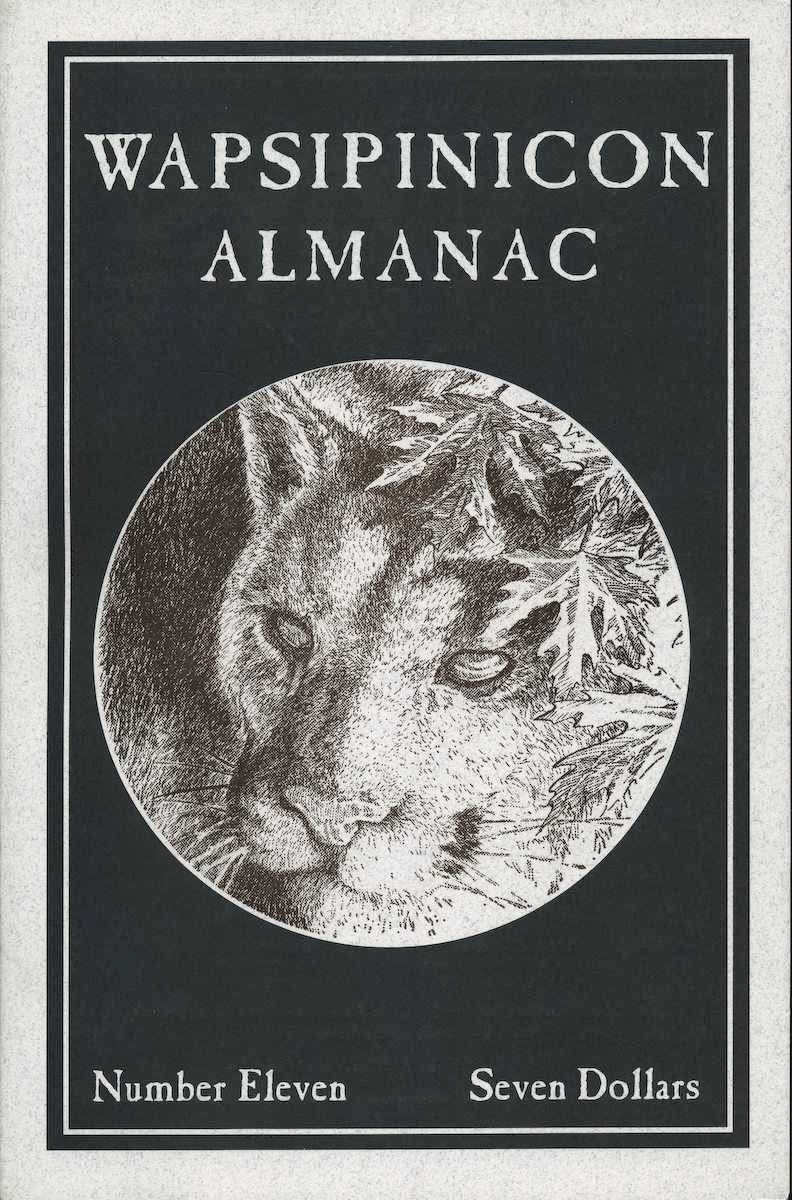 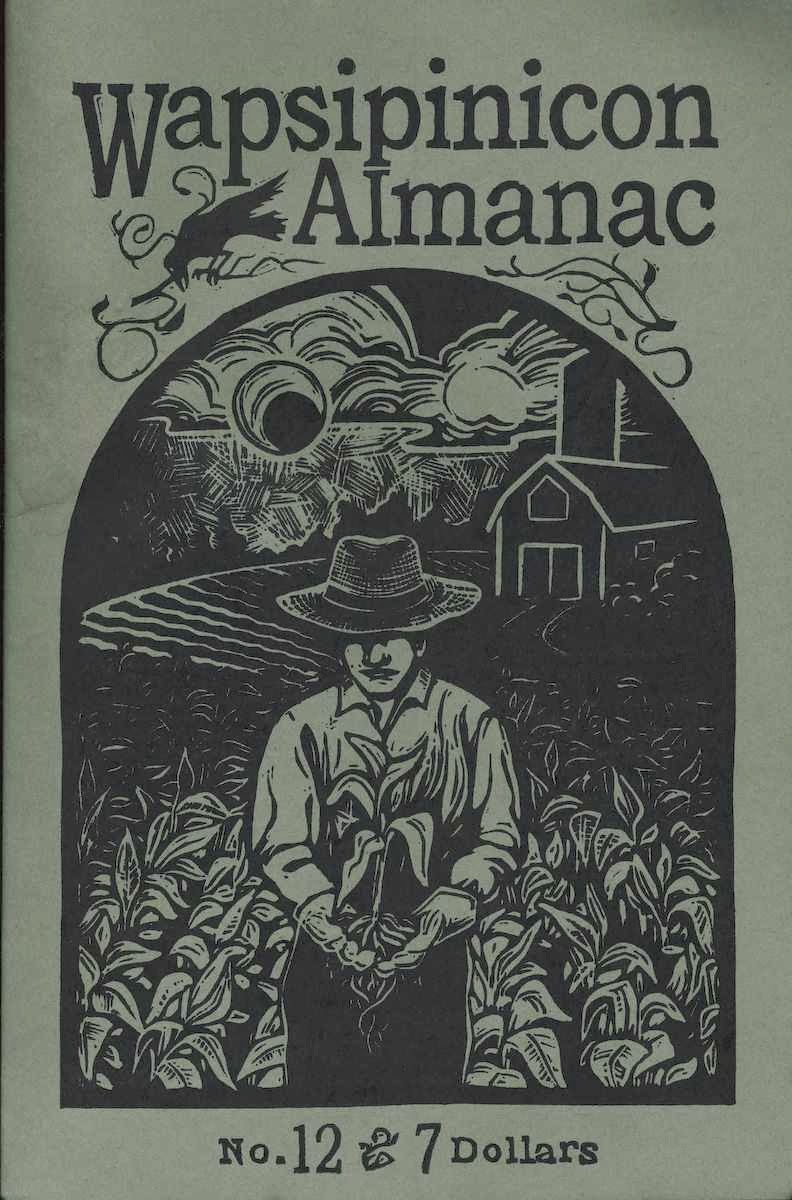 . . . amazing, isn't it?  By the way, the Wapsipinicon is a conjunction between two indian names, Wapsi, and Pinicon.  They were lovers who drowned in the river which bears their name.  Sorry saps.  (-yawn-)  But a great rag!

Ok, now the Wireless connection.  I direct your attention to probably the best known and one of the oldest surviving technical magazines: "QST ", the official organ of the American Radio Relay League;  It began publication by Hiram Percy Maxim, founder of the League itself.  When he started the "Relay" League, he took in members of another radio club which was in existence since around 1909, called the Junior Radio Club which, believe it or not, managed to strike off a one-shot magazine of its own!  I cannot find a photo of it, neither can I find the name of that publication, but I am pretty certain its existence and continuance was something Hiram desired to perpetuate, probably as a tool to bond fellowship among members and as an Amateur Radio recruiting tool.  The magazine title is taken from the wireless telegraphic "Q" signals, and means "General Message for all Amateurs", beginning publication in 1914.  While I do  not have a photo of the original first edition (really more of a printed membership roster, less a magazine at first) - below is an idea of what it looked like.  The magazine cover art is very common for trade publications, mostly simple hand drawn art-deco framing, titling with typeset characters.  Liberal use of typeset border fonts seem to be incorporated into these covers. Below is an early QST: 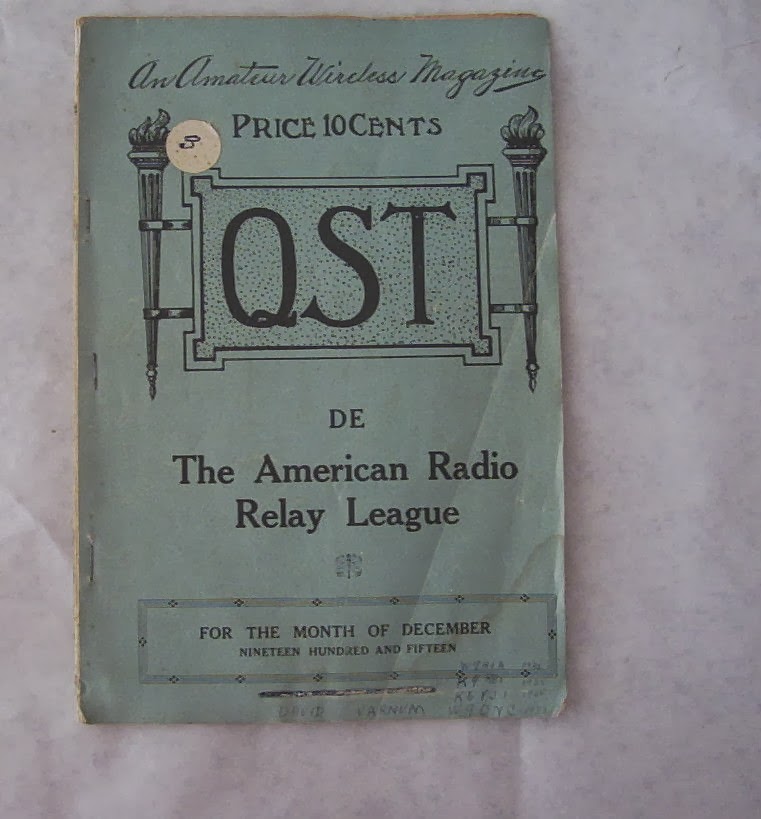 By way of translation, the cover reads "QST de the American Radio Relay League".  "de" is the telegraphic shorthand for "this is".  Again, QST  as a three-letter signal sent telegraphically over the air carries the meaning of "Calling All Hams" or "Calling All Wireless Operators".

This particular QST has a blue-grey cover, printed in black, for the month of December, 1915. I believe the cover stock colour changed month to month. This was a true informational magazine, carrying ads, and quite early in the game, comics.  The magazine was printed through the first World War, announcing America's first wireless Wartime ban, and then, in 1919, heralding the lifting of that ban.

By the late teens, QST sported some surprising cover art, for a private hobby organization with a few hundred members and a limited budget.  I am sure Hiram sunk a lot of his own money into these sorts of ARRL endeavours. 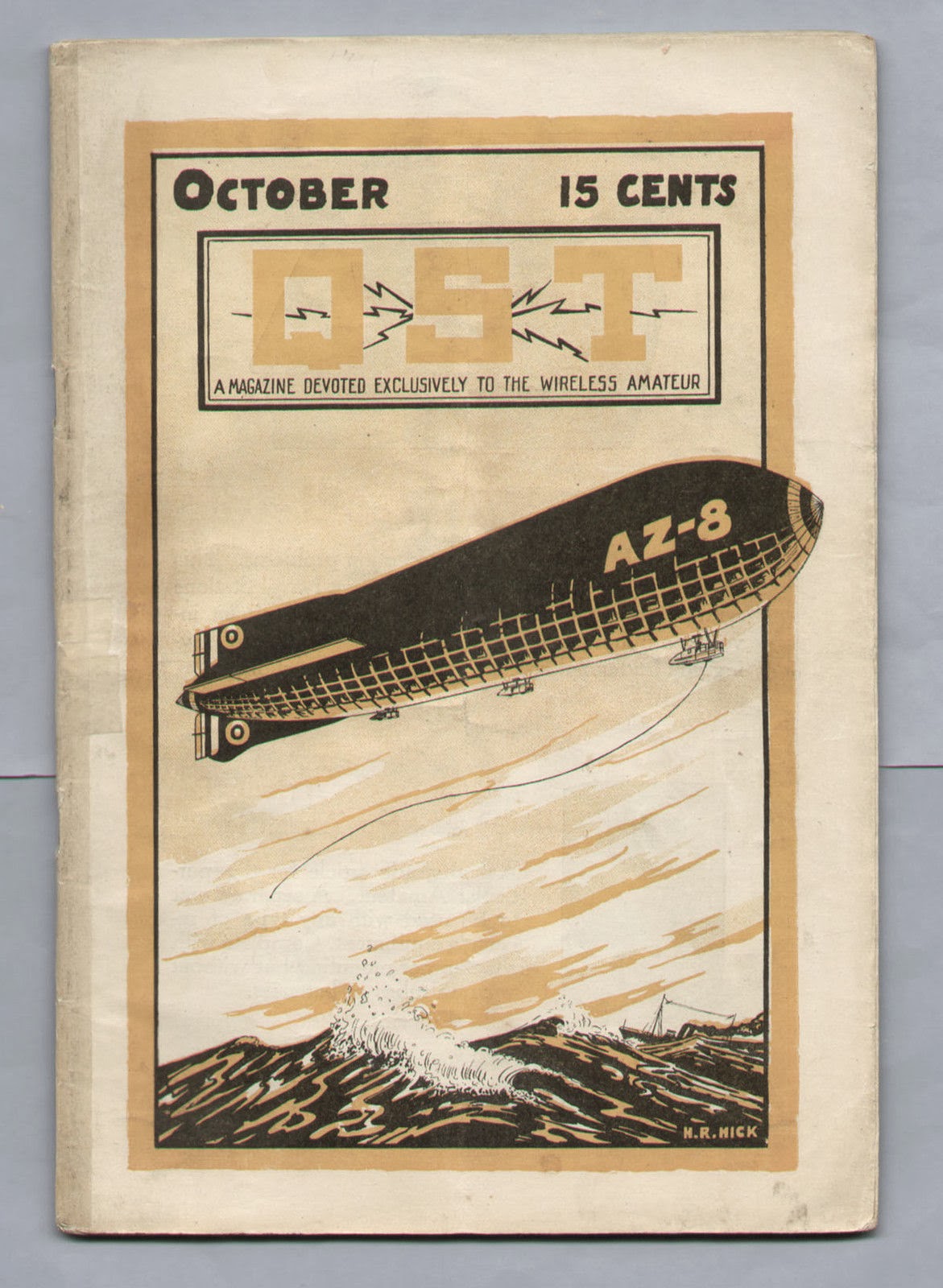 This is the general look and design of QST from the late teens, and up to the middle of the 1920s.  I think this cover is a wood cut duo-tone, vermillion and black.  That is a wartime era dirigible depicted on the cover, crossing over either the English Channel or the Atlantic.  Love the font used, and the lightning bolts emanating from the framed title "QST:".  That motif pretty well held through the 1920s. 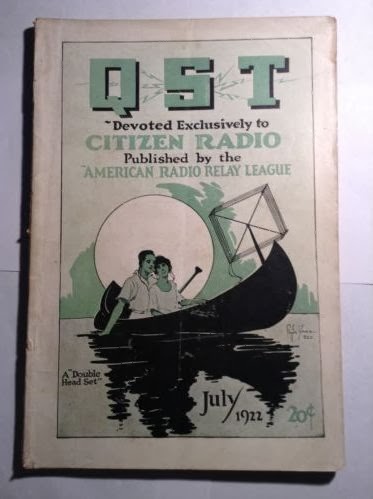 This July, 1922 cover is probably my favourite.  Again, its a duotone print, green and black.  Notice any similarity between these magazines and the Wapsi? 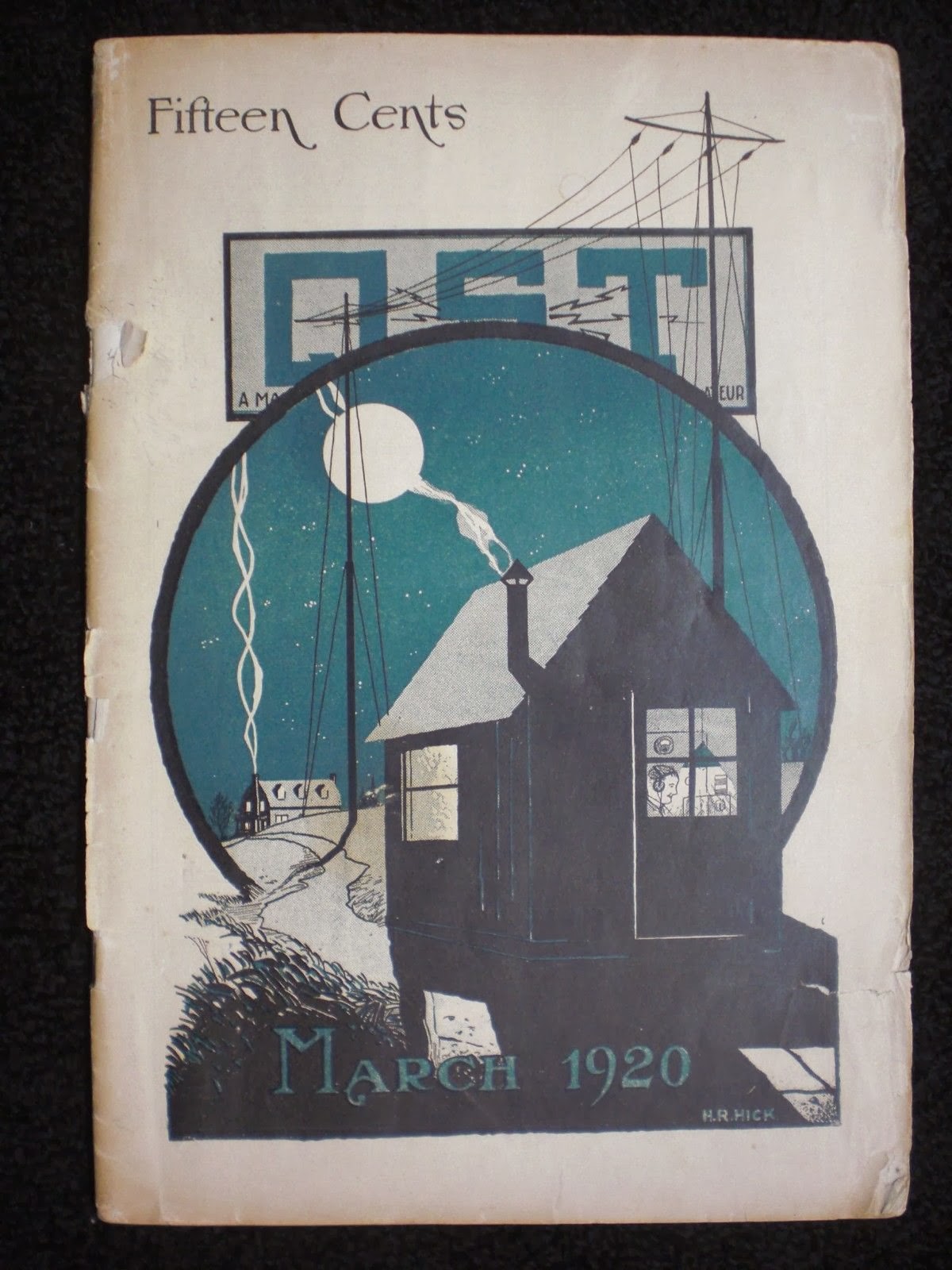 This is another one of my favourite covers.  I love the central circle design framing the little "Radio Shack".  Now, there's a real radio shack, stovepipe and all!  Check out how far it is from the house!  This is a duotone cover, aquamarine and black. 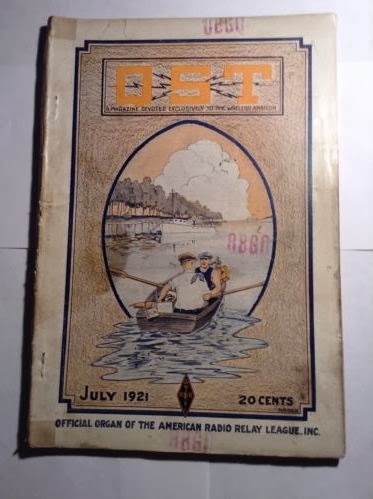 Hmm . . . another canoe theme.  Come to think of it, there's a lot of canoe oriented art going on with the Wapsi, too!  I might guess this was a traditional favourite.  Note that more than two colours are being used.  Right about 1921, QST began more and more to use screened four-colour separations in their printing, but from time to time, solid colour rendering would still appear.  By the way, these magazines of the early twenties or late teens sell for a considerable sum these days.  Back in the seventies, you could have picked these rags up for almost nothing.  What a difference forty years makes! 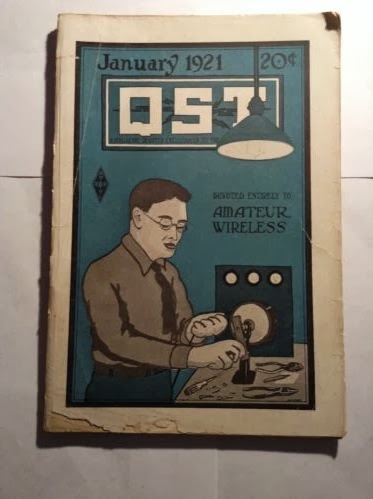 Here is a three-colour combination of dot-etched screen work on copper plating, and solid colour printing, very possibly using the same wood die technique employed by Vogue at this time, and more recently, the Wapsi.  Notice that the level of artwork varied considerably. 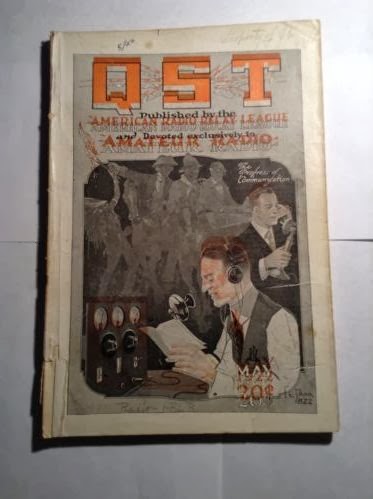 Printing varied a bit, too.  The registration of the red-orange die slipped a bit.  Oops.  Notice that this colour is used for both the skin pigment of the operator, screened at about ten percent, and for all text.  This appears to be a 1922 duo-tone. 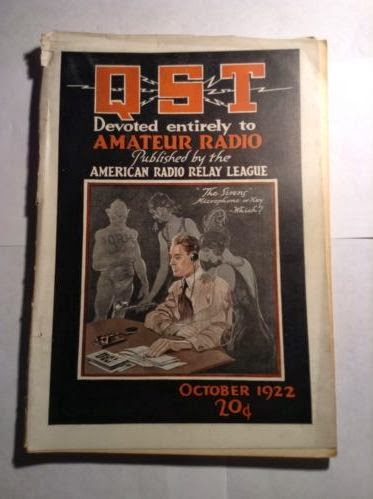 A 1922 tri-tone. Red, brown and black  Red and Black would be the primary elemental cover colours with this magazine. 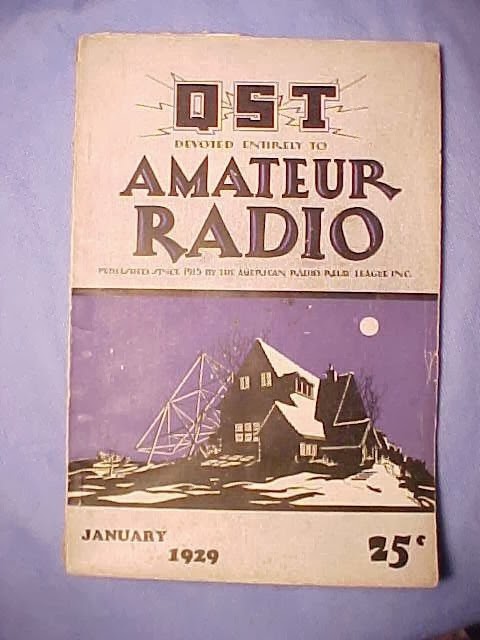 This was to become the standard cover format through 1930.  Three colours, solid and screened.  The title text is obviously hand drawn.  The text on the bottom is type, using the ubiquitous Cooper Black, the most extensively used advertisement font in the western world, and still thriving today.
From about 1931 up through 1939, QST used a cover format that consisted primarily of a half tone photograph of something having to do with an article or feature within that issue (usually), surrounded by a solid red frame.  I refer to these issues as the "Red Jacket Issues".  Just me.

As the cover art was evolving, something else was evolving with QST : personalities and a unique style all it's own.  QST was becoming less a trade journal, and more an entertainment and information publication, with pen names like "T.O.M." (The Old Man), Hiram Percy Maxim, President and fearless ARRL leader himself, "The Dixie Squinch Owl", written in a style that fall somewhere between Will Rogers and Colonel Sanders.  Not only was "the Squinch" funny, he also touched upon subjects of morality, including racial equality!  It might be said that of all intellectual and academic endeavors, there was never a racial barrier in obtaining a DOC or FCC Ham Ticket!  I think, in a way, we were ALL ahead of the curve, there.

One of the guys that got me into Ham Radio was an African American Technician Class Op, Al Harmon, in Philadelphia, 1969.  He was an avid 6-meter VHFer who would regularly work into New Jersey using a 10 watt Lafayette AM rig and a Squalo bumper mounted 6m folded dipole array.  Operated a nice station since the early 1950s. He operated hand in hand with his white counterparts during the riots.  There was no divide. We were all brothers in a very unique fraternity.

Back to Printing and Wireless:

Comic illustration was coming into it's own in QST.  From the mid 1920s, up into the very early 30s, Otto Eppers, W6EA did the bulk of the comic illustration, but he eventually left, applying his almost Robert Crumb stylings and caricatures for more commercial ventures, doing ads for Itel McCullough and Taylor Tubes. (Actually, I might be more accurate to say that San Fransisco's Robert Crumb may have been heavily influenced by Otto Eppers!")  Taking his place at QST came the unassuming Phil Gildersleeve, possibly one of the most iconic comic illustrators - and least known - in the 20th century.  Unknown because he only drew for one magazine: QST.  Well . . . perhaps.  I suspect he moonlighted for the competition once or twice.  I have a 1937 edition of Radio magazine featuring "Scratchi", the fictitious ham from Osockme Japan, which was a quasi-regular article taking the form of a letter to the editor from said Hashfisti Scratchi, in very broken English. The article artwork is clearly, unmistakably, the handiwork of none other than Phil Gildersleeve.
Ahh, but this is fodder for another installment.  Time for me and my ol' buddy Scratchi to say "Ima no wakare" until next time! 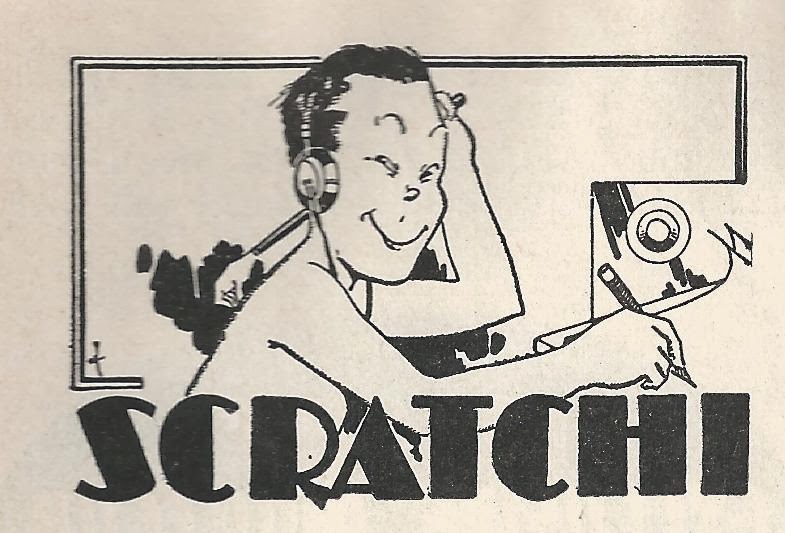