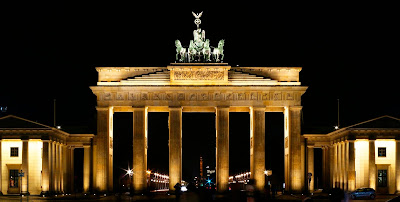 This is the support letter that I am sending out to certain individuals who have expressed interest an upcoming missions opportunity which I hope to engage in June of this year (2017).  I feel moved to post this letter to this blog as well.  I don't normally do this sort of "advertising" regarding my missionary and ministry activities, so this is rather unusual for me, but I feel led to so do.  Obviously this has nothing to do with wireless OR letterpress.

A little background: along with being a Radio Amateur and Letterpress Printer, owner of Paper Wren Press, I, along with my sweet wife Cindy,  am also a lay minister, sponsoring our Church's College & Career / Young Adults department (Christian and Missionary Alliance/ Deltona Alliance Church).  I also have a burden for people to meet and come to know Jesus, the single most significant person in my life.

To those who know me, and share this Gospel burden, and in particular my burden for die Deutsche Volk, the German People, and as well, those unfortunates seeking asylum in their country, this letter is directed to you.  To wit . . .

I am writing this letter to you because I am stepping outside of my comfort zone and am seeking support for a missions opportunity I hope to participate with in Berlin, Germany.

This mission opportunity involves working with Flüchtlingen, or refugee families who are on a concentrated “holding pattern”, waiting processing and legal admission into Germany.
The majority of these displaced persons have suffered privation, separation,and mental and physical trauma resulting from a long and on-going civil war ravaging their homeland.  Many families are separated, many have lost touch with other family members, some having seen their loved ones die before their eyes.  As the son of a German mother who herself experienced flight for life during the bombings of WW2, I grew up with the stories of her ordeal. Having lived in Germany myself as a pre-teen with German family, I was surrounded with many such stories.  I saw the places they fled to.  I had a chance to meet those who sheltered them. I am here, because they sheltered my mother.

The trauma of dislocation and fear can create what I came to know as the “Foxhole Effect”, which is, in short, the observation of front-line GIs during WW2:  that there are rarely  atheists in foxholes.  When all protective barriers are stripped away, and people are placed in a very disruptive, vulnerable and desperate situation, they are very frequently open and receptive to the Gospel. It is in such Holy Spirit rendered moments of open-ness through which we seek introduce Jesus.  It may be the one and only opportunity in their lives.

Our CMA missionaries (Christian and Missionary Alliance) have established a missions house “safe zone”, a place of ministry to these refugees.  A place to come for help, for advice, for help in learning the German Language (which is necessary for admission into the Republic), a place to help connect with each other and with services available, a place for the children to be cared for as needed,  where refreshment and other services are offered.  The name of this outreach is “Lichtturm Berlin”, or “Lighthouse Berlin”, which can be found on line at:

The specific activities we will engage as team members will entail serving alongside our Missionaries in a helping – hands capacity, helping with organizing events, helping serving in the kitchen, helping with special English learning sessions (English is Berlin’s “official” second language, providing additional witness possibilities, as opportunity presents.)

Included in our itinerary is a traditional ministry activity in Berlin, the “Prayer Walk”.  Very often, ministry outreach is predicated by teams of prayer warriors walking the streets in the ministry area, praying as they walk, praying for the residents, praying for protection for the ministry outreach and outreach team, and praying for those who would be recipients of this outreach.  In our case, our prayer walks will take us into some fairly unseemly areas, so prayer for our own protection might also be considered.

We will also be working with refugee youth in a city Fußballkamp, or “Soccer Camp”.  This has also been shown to be a successful means of engaging both youth and parents in a positive and neutral environment.

I am also seeking out means and ways of engaging Berlin residents.  As you may already know, Christianity, and indeed, Religion in general, is almost wholly disregarded in Europe in this post-Christian era, and is often met with resentment and hostility.  This is the result of a social “depression” incurred by two devastating wars and their aftermath in the 20th Century. A social upheaval and devastation unknown on our shores, at least, since our own Civil War.

One of the challenges of our ministry is the resultant irrelevant status Christianity and Personal Faith holds with the average German citizen.  Less than one percent of Berliners will identify with any form of Christian denomination, a metric which corresponds with the rest of Germany.  Added to this is the fact that the former communist East Germany had dismantled the war-ravaged Church infrastructure since the Soviet Occupation in 1946, continuing up until the wall came down in 1989.  Two full generations have grown up in a wholly controlled atheistic environment.  When the wall came down after Glasnost,  a sizeable percentage of the East German population flooded the former West Germany – as if the wall would close again – leaving areas of population depletion and abandonment.

Mission activities have entered into East Germany in response to these conditions, re-seeding urban areas with neighborhood home church plants, introducing creative outreach programs, and re-introducing local residents not only to the Gospel, but in so doing, their own legacy and history!  After all, it was in East Germany where the Reformation began five hundred years ago when Dr. Martin Luther nailed his 99 Thesis to the door at Wittenburg October 31, 1517.

The funds I need for support total $1700.00, plus personal expenses. Please prayerfully consider your possible participation in helping me raise this amount by June 1. If the Holy Spirit should so move, funds can be sent to:

I do accept PayPal, if this is more convenient.  Send to:
wd4nka@aim.com

Thank you for reading!

The mission trip has been rescheduled, owing to medical issues with the mission host family, and will now take place the first two weeks of October, 2017.  Also included in this update is the news that not only have we met funding, we have also been able to include my wife, who originally was not able to go.  Funding has be met for Cindy, so now the whole family will be able to participate in this outreach.